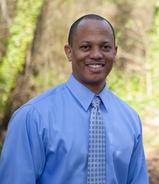 Since his election to represent the 38th District, which include Austell, Mableton, Powder Springs and Smyrna, David has been a leading voice for our community. He serves on the Juvenile Justice, Retirement, Budget and Fiscal Affairs Oversight, and Science and Technology Committees.

After just his first term, David was selected by his fellow Democratic members to be on the House Leadership team as Treasurer for the Democratic Caucus.  He served in that position from 2013 - 2017.  In 2019, David was elected as Chairman of the Cobb County Legislative Delegation. The first African American to hold that position.

A champion for the middle class, David serves on the Executive Committee for the Working Families Caucus at the Capitol.  He has supported fully funding K-12 education and proposed legislation to make college affordable.  When he learned of cuts to AP funding that would hurt families qualifying for free and reduced lunch, David worked to get money added back to the budget.

David gained his love of public service from his father, who after retiring from the Army started and operated the John Addison Wilkerson (JAWS) Memorial Boys Club in Virginia, named in memory of his own father.  His commitment to public service has continued throughout his career. His volunteer activities have included local school foundations, Kennesaw State University Political Science Advisory Board, local PTAs and Dads Club and other non-profit boards.
The Georgia School Counselor Association, Cobb County Association of Educators, Georgia Council on Substance Abuse, Powder Springs Task Force and the Smyrna City Council have honored him with awards and recognition for his dedicated service. The Georgia Association for Career and Technical Education (Georgia ACTE) honored him with the Policy Maker of the Year award for his work at the Capitol.

Aside from his work in politics, business, and the community, David is a husband and father.  He and his wife Penny have two children and reside in Powder Springs. Their children have always attended public school where David and Penny are active volunteers. The family attends Macland Presbyterian Church in Powder Springs. David enjoys a variety of sports and coaches youth soccer.